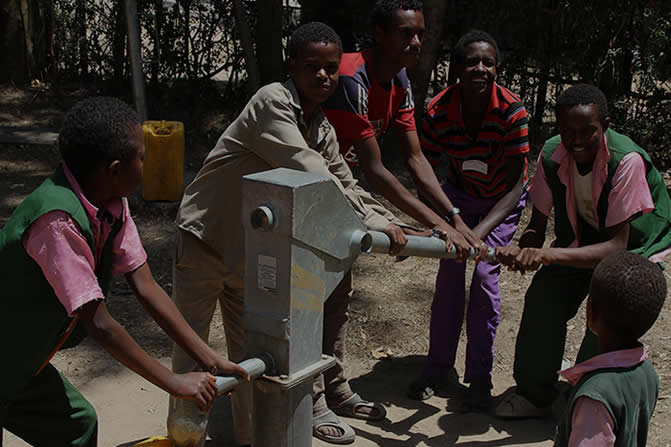 In rural Ethiopia, a Water.org survey found that many women and children walk more than three hours to collect water, often from shallow wells or unprotected ponds they share with animals. Recurring droughts result in famine, food shortages, and water-related diseases, as people are forced to rely heavily on contaminated or stagnant water sources.SHAPEethiopia’s Access to Clean Water Improvement Initiative(ACWA-II) has intended to alleviate such problems and improve the coverage & access to safe drinking water to children, women & communities in the SHAPEthiopia’s program This program is intended to improve the coverage and access to safe drinking water to children, women, and communities in the SHAPEthiopia implementation areas, through the activities like:

HOW TO GET INVOLVED